In trying to find a very simple card game to keep an elderly friend's mind occupied, I remembered a game that a friend taught me decades ago that he called "Reno Solitaire." However, I can find nothing online about Reno Solitaire and none of the solitaire rules I did find seemed to match it. So, I sent him an email and while I was waiting for his reply I started playing and started remembering the rules. But when he replied, the rules he sent me didn't match what I was doing.

Hmm. I think what happened is that when he taught me decades ago, I forgot the rules, then later tried to remember and instead came up with my own method, then forgot that as well, so when I remembered the game the other day I think I was actually remembering my misunderstanding of it.

However, I LIKE my misunderstanding. It is easy and quick and requires no setup. I think I'll call it ABC Solitaire because it is as easy as ABC, and because my friend's name is Addison, my name is Brad, and I'm still a bit Confused.


The object is go get the four Aces on the bottom and no other cards above them.

To start, the player lays down four cards in a row. 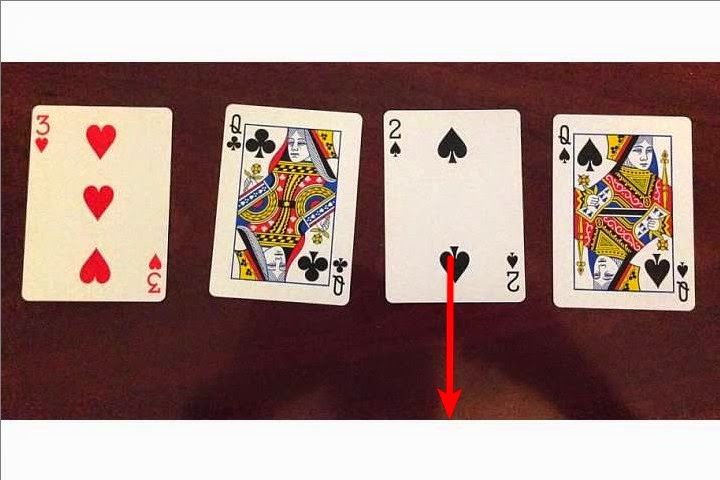 ... the player can discard the Two of Spades since the Queen of Spades is a higher card of the same suit. 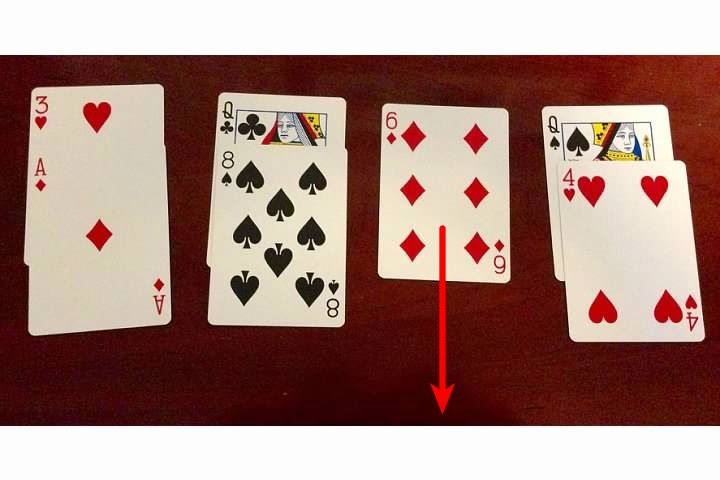 In the following rounds of play another four cards are laid down on top of the previous set and again any card or cards on top which are lower than any other top card of the same suit are discarded. So, in this case, the Six of Diamonds can be discarded because it is lower than the Ace of Diamonds.

Also, if a column of cards becomes empty, as happened when we removed the Six of Diamonds, then the player may move a top card from another column to the open position. 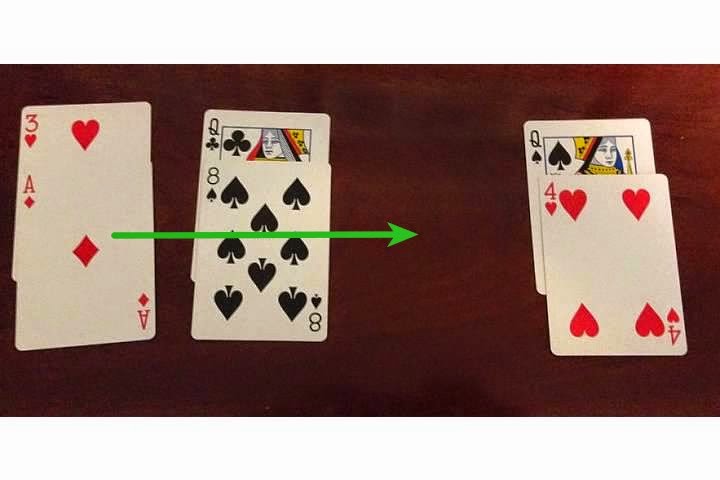 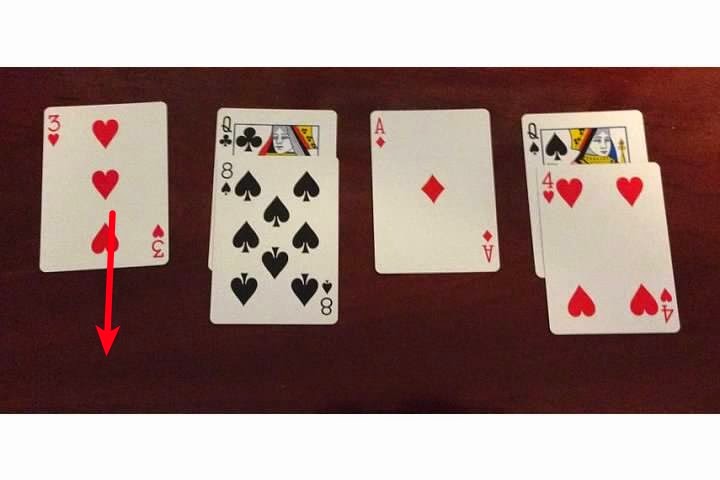 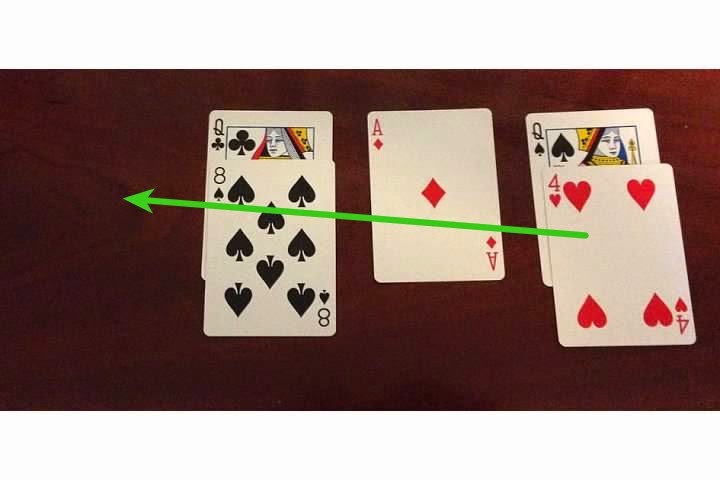 ... and when it is moved, the Queen of spades is exposed, which means that ... 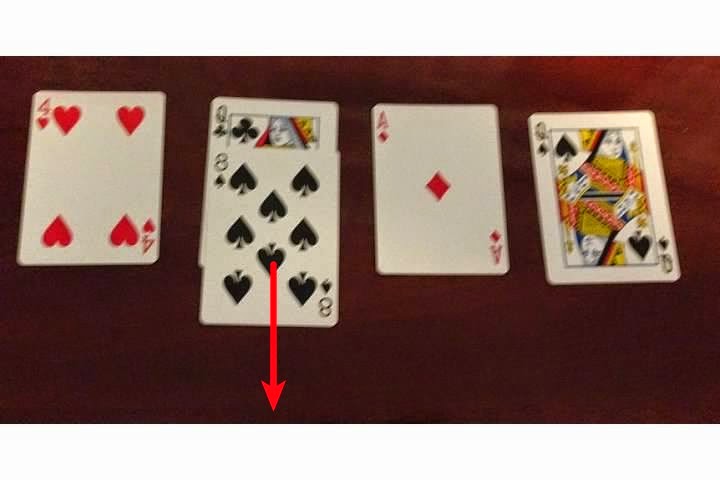 ... the Eight of Spades can be removed because it is exposed to the higher Queen of Spades.

When all possible cards have been moved or removed, then the player lays down another row of four cards, and the game continues in this fashion until all cards in the deck have been played.

If, at the end, the four Aces are on the table with no cards on top, the player wins.


Now, I want to confess again that I'm still not sure how I came up with this game. I may be subconsciously remembering a game someone else invented, and if so, please point me to the information about the game in the comments below and I'll edit this post.
Posted by Brad at 10/02/2014 08:47:00 PM No comments: